“God speaks to us in many ways at many times. If we are spiritually alert, we will know it when it happens.”

– “In God’s Care*: Daily Meditations on Spirituality in Recovery,” March 13
*As We Understand God

When I joined a Twelve Step program, I had no problem admitting I was powerless over food and my life was unmanageable. That took care of Step One.

But as a devout atheist, I really had to read a lot, speak with many people (inside and outside of the rooms) in order to take Step Two: Came to believe that a Power greater than ourselves could restore us to sanity.

I had always been looking for hard evidence to prove the existence of God—even as an atheist! If you could prove God’s existence to me, I would have become a theist on the turn of a dime! But no one could prove God’s existence with scientific evidence. Still, I needed help with my eating disorder and had to somehow come to believe in a Power greater than myself, which the Judeo-Christian traditions called God.

One of the most important ideas for me espoused in the Big Book of Alcoholics Anonymous is found on page 12: a friend suggested to Bill Wilson (who would go on to co-found Alcoholics Anonymous), “Why don’t you choose your own conception of God?” It was quite a novel idea to Bill and surely was to me too! I thought religions defined what God was, and I had had no interest in what they had to say. In addition, the Big Book told me I could choose my own name for this concept too! The aforementioned gave me the freedom to open up to come to believe in something greater than myself that could restore me to sanity.

I read a lot of Twelve Step and other spiritual literature. I listened to people in the program recovering from their drug of choice and learned how that in turn impacted the rest of their lives positively. Their lives were manageable, actually far more: they were “happy, joyous and free.” I started getting an idea of this Power greater than oneself, realizing these huge changes in individuals’ lives were miracles. These shifts and transformations were the result of working and practice the Twelve Steps, which of course included relying on a Power greater than oneself. 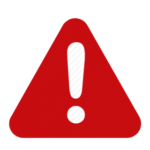 So how did I finally actually come to believe? I stayed alert to God, to Spirit, the main go-to name I chose for this Power greater than myself. Spirit spoke to me mainly through synchronicity, in brief, the idea that there are no such things as coincidences. Synchronicity, coined by Dr. Carl Jung in the 1920s or early 30s, describes circumstances that appear meaningfully related yet lack a causal connection. Incredible, no discernable causal connection?! A simple example is repeatedly seeing a word and looking for connection and meaning in that experience. Read the famous scarab example that occurred while Dr. Jung was treating a patient.

I stayed alert to Spirit and experienced this phenomenon of synchronicity time and again. Somehow Something had to be orchestrating this. Some very powerful circumstances occur and I simply had to admit a Power greater than myself was involved in it all. Hence, it was mainly through synchronicity that I came to believe. It was the evidence I’d been looking for to prove the existence of God—I’d just been looking for evidence from an incorrect perspective.

I continue stay spiritually alert to the universe’s messages and synchronicities, which grow my faith in this Power greater than myself and conveys to me that I am not alone.