“People who lean on logic and philosophy and rational exposition end by starving the best part of the mind.“ — J. B. Yeats 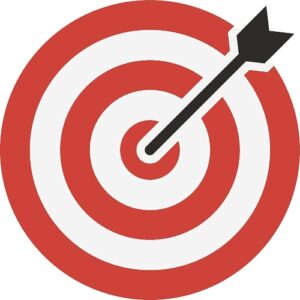 Before I entered the rooms of a 12 Step program, I was a devout atheist. I was extremely logical and analytical; and, yes, I majored in philosophy in college! I was also a very sensitive and feeling person, but I would put that part of me aside and rely on logic to live my life, to operate in my relationships. I was very proud of my intelligence and my logical abilities and practice. Also, to me, belief in a Judeo-Christian God was illogical and contradictory, and there was no physical evidence to prove (logic again) that God existed. I thought I was a free thinker since I wasn’t fooled by mainstream, nonsensical beliefs.

When I finally was open enough and willing enough to go to a 12 Step meeting where I knew the ‘G-word’ would be said, I was exposed to another perspective (and I realized I wasn’t quite the ‘free thinker’ after all, but close-minded). Logic and intelligence were of no aid in recovering from one’s addiction. There were many instances where there was no ‘logical’ explanation for the wonderful events and changes that came to pass in the lives of individuals practicing the 12 Steps. Even I had to admit that. There was something else at work, something that couldn’t be proven by logic, but tangible just the same. The synchronicities, the miracles, the transformation of people’s psyche (soul) was evidence of God’s existence. Bearing witness to this, and also experiencing similar things in my own life, shifted my heart, my soul. Logic had not been the answer.

About a year into my recovery and believing in a Power greater than myself, increasing my trust in intuition, allowing my feelings to guide me through life more and by logic less so, I came across the above quote. Reading it, I felt like I had been hit right between the eyes and an arrow hit a bullseye in my heart. Yeats was talking directly to me. I had been starving my mind, my soul.

These days I know there is a place for logic in life, but it’s not the only thing. And that shift within me has improved my life extensively. And, gratefully, it opened me to a whole new outlook on life, on people, on God.